Home » Is the Gardasil Vaccine Safe?

An estimated 14 million people per year are infected with HPV (human papillomavirus), making it most sexually transmitted infection in the US. 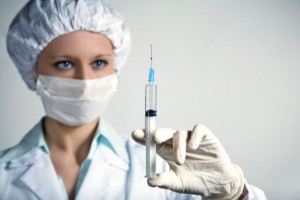 There’s been a lot of controversy surrounding the safety of the Gardasil vaccine, and as a result, only about 27% of preteen girls have been fully vaccinated.

One of the concerns is that the vaccine is so new and there hasn’t been enough research done on it. Another concern is that there have been some reports of serious reactions to the vaccine.

As one Gainesville women’s health physician suggests, the likelihood of any severe reactions to the Gardasil vaccine is very low:

As with any vaccine, there are often reactions following administration, but usually these reactions are very minor (low fever, nausea, tenderness around the injection site, etc.). Both Gardasil and Cervarix have been approved by the FDA and have gone through several trials to look for any major adverse reactions.

HPV is the main cause of cervical cancer, so even though there are some very slight risks to the vaccine, the benefits may outweigh them.

If you’re still unsure, it is always a good idea to talk over any questions or concerns with a healthcare professional to make sure you’re making an accurate and informed decision.