Home » How is a Hysteroscopy Different Than a Hysterectomy? 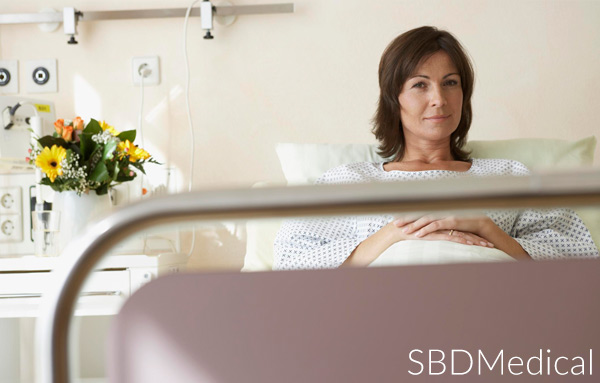 Generally, a hysterectomy is a known term and procedure among women (and even many men). Hysterectomies are performed on approximately 600,000 women every year in the United States, so it’s a very regular surgery. But it is just that: major surgery. The surgery involves removing some or all of a woman’s uterus and cervix. Sometimes the ovaries and fallopian tubes are also removed.

There are other types of hysterectomies that are done now aside from the standard surgery, such as laparoscopic hysterectomies and robotic hysterectomies, that are much less invasive. They are still usually done in a hospital and require a short stay afterwards, but the recovery time is faster and the list of possible complications goes down significantly.

What is a hysteroscopy?

In contrast, a hysteroscopy is an exploratory surgery where the doctor inserts a scope through a woman’s cervix into her uterus to try to find the cause of various symptoms like excessive bleeding or pain. A hysteroscopy is an outpatient procedure and does not require much if any recovery time.

If a minor issue is found during a hysteroscopy, sometimes it can be corrected during the procedure – examples include things like removing fibroids in the uterus or endometrial ablation. Any bigger problems like more severe endometriosis, uterine prolapse or cancer would most likely require a hysterectomy.

If you’re experiencing symptoms like excessive bleeding or pain during periods (or in-between periods), chronic pelvic pain or cramping, talk to your doctor about possible causes and treatment plans that are best for you.

You can learn more about hysterectomies and hysteroscopies by talking to your women’s health provider about the procedures.